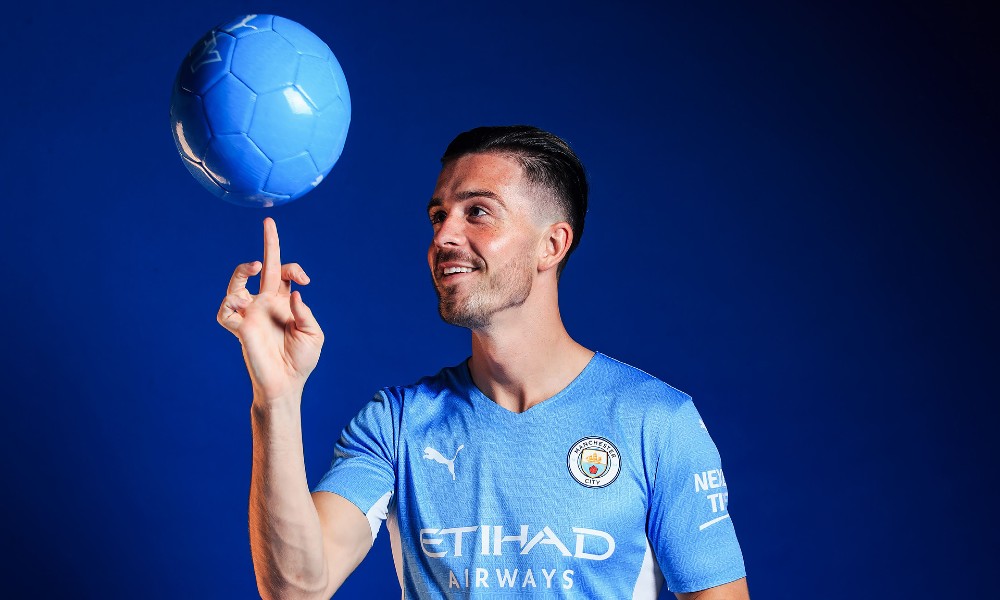 Jack Grealish has become the most expensive player in Premier League history after securing a ￡100 million move to Manchester City. What is Jack Grealish salary & net worth?

Grealish was central to Aston Villa’s return to the Premier League. Similarly, he was a key figure in ensuring Aston Villa’s top-flight survival. The move to Manchester City will undoubtedly dent his Aston Villa legacy to some degree. But, leaving Villa for a club of City’s stature is a reasonable decision for silverware prospects, apart from financial gains, of course.

Jack Grealish is undoubtedly one of the most high profile footballers in the Premier League right now. But, Jack Grealish net worth might surprise you. His current net worth stands around ￡10 million.

He doesn’t have many endorsements and didn’t make any significant business investments yet. Also, he has just signed his new mega-money contract at City. Even two years ago, his weekly salary was well below ￡100,000. Once you consider all that, Jack Grealish net worth makes sense.

Jack Grealish signed his first professional contract at Notts County in 2015. His first weekly salary as a footballer was only ￡1100. He received a significant boost in income the following year after moving to Aston Villa. The Villa transfer had an emotional value for Grealish since his family members are ardent Villa sports fans. Also, Grealish’s great-great-grandfather won the FA Cup in 1905, wearing an Aston Villa shirt.

Upon signing for Villa, Grealish was rewarded with almost a 15-fold increase in salary. His first Villa contract offered a weekly compensation of ￡15,000. Villa was a Premier League team then, but his appearances for the senior squad were only limited to sub outings, and some cup match starts.

In 2017, Grealish signed a new contract that raised his weekly salary to ￡25,000. Two years later, he penned a new deal that gave him another raise. After signing the new contract, Grealish was making ￡35,000 per week. Grealish’s talismanic performances brought back Villa to the Premier League.

Grealish caught the eyes of many Premier League heavyweights while playing at the Championship. Villa felt the urge to tie down their prized asset to a new deal after securing Premier League promotion. So, Grealish agreed to another renewal, which took his weekly wage to ￡60,000.

Grealish continued to impress despite playing against superior competitors. Therefore, Jack Grealish’s stock skyrocketed. Much to the discouragement of prying eyes, however, Grealish signed a new deal at the end of the season. For his long-term commitment to the club, Aston Villa rewarded Grealish with a ￡120,000-per-week contract.

Jack Grealish salary & net worth is expected to grow over the next few years.

However, at the end of the 20/21 season, reports started to come out that Manchester City will make a move for Grealish. Initially, fans took this news with a pinch of salt since Grealish had just signed a new contract. Furthermore, pursuing such an expensive deal in the pandemic-ridden market seemed overambitious even for a club like City.

It was expected that the reigning Premier League champions would prioritise signing Harry Kane as Sergio Aguero had left the club. Any potential deal for the Tottenham ace will set back the club more than ￡100 million. So, they wouldn’t spend an insane amount of money on Grealish this window? Would they?

After the Euros, reliable links started to claim it’s not a Grealish or Kane situation for City. The club wants to sign both players to consolidate their grip on the English title and mount a robust challenge for the Champions League crown. The petrodollar-financed giants are ready to pay premium fees for both players.

As City came knocking on Villa’s door, the Birmingham club felt the offer to be too good to be turned down. Plus, Grealish had made his intentions clear that he wants to move on. There is no point in keeping a player against his will denying such a lucrative offer. Villa accepted the ￡100 million bid and reinvested some of the money to strengthen their squad.

Jack Grealish is yet to build an extensive endorsement portfolio, but he already has heavy hitters like Nike and Electronic Arts to his name. Grealish is one of Nike’s latest recruits wearing Nike boots to exhibit their skills on the pitch. The Man City star frequently wears Nike Hypervenom silos during training and matches.

Grealish had drawn Nike’s attention even before making his mark in the Premier League. Before the start of the 2018/19 season, Nike signed up as the future star recognising his immense potential. In doing so, the US sportswear giant made one of the smartest endorsement deals in football history.

However, Grealish’s Nike tenure will come to an end next season. The current Nike deal brings in around ￡400,000 annually, which is not much compared to his England colleagues Harry Kane and Raheem Sterling’s deals with Nike. We understand that Nike is willing to pay way more for renewing Grealish’s current contract. But, Adidas, Puma, and Under Armour are also prepared to rival their offer.

Electronic Arts included Jack Grealish into their star-studded roaster after his phenomenal Championship campaign that earned Aston Villa a route back to the Premier League. We are not sure how much money Grealish makes from his EA association. Regardless, it bolstered his brand appeal.

We believe Jack Grealish can replicate David Beckham’s success in branding if he sets up a proper team of representatives. He is already a popular figure in the England dressing room, and the fans adore him. Villa’s departure did cost him some goodwill among the Villans, but he will get more exposure at Man City. Therefore, he has the opportunity to build a global fanbase now.

Jack Grealish salary & net worth will experience an upward trend in the next few years unless he suffers a catastrophic drop in form. A successful career at Manchester City will open the door to many more financial opportunities.