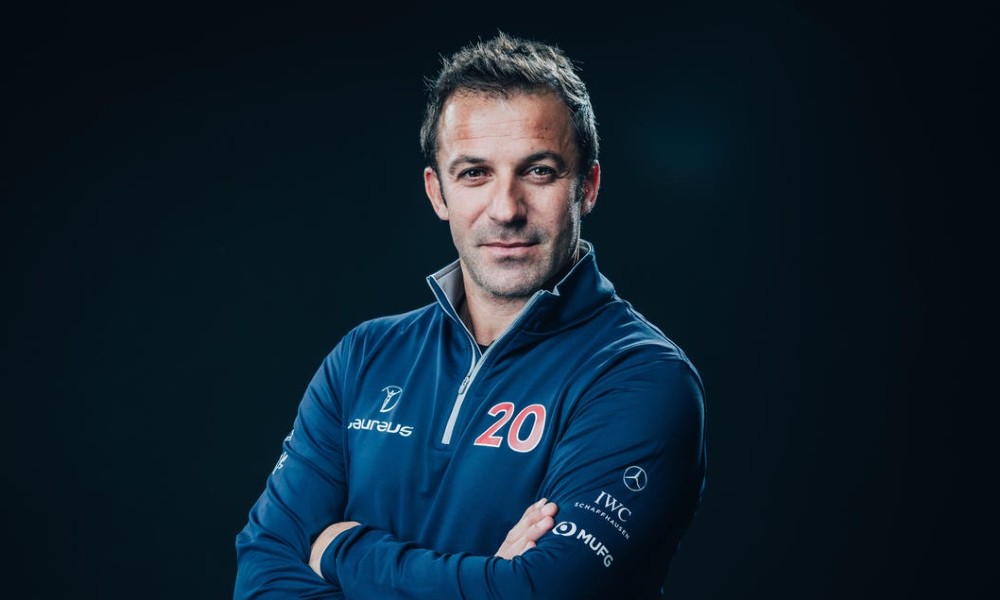 Del Piero’s name needs no introduction. The Italian sensation was a master of his generation, a real national football treasure respected throughout Italy on and off the pitch. Furthermore, his impressive 23-year career has seen him achieve so much from the sport, with a cabinet full of trophies and personal awards from his football legacy.

His football style was very dynamic and exciting to watch. His play-making ability and gift for scoring goals were truly spectacular. In 2000, Del Piero was the highest-earning footballer in the world from salary, bonuses and advertising revenue.

In this article, we will look back at his career highlights, what he is currently up to, and find out Alessandro Del Piero’s net worth.

From his past career earnings and current investments and businesses, we believe his net worth is approximately $40 million.

Del Piero was the highest-earning footballer in his heyday with reports of around €5.5million a year from his basic salary at Juventus. Aside from sports sponsors and endorsements.

He was the poster boy for Italian football, kind of like the David Beckham of Italy.

In Australia, his yearly salary was €4 million per season, being a marketing tool for Sydney FC, helping them sell many shirts and merchandise.

There isn’t any clear information on how much Del Piero was earning with Delhi Dynamos, with his short career spell in India. However, we imagine it not to be as high as his previous club earnings.

Del Piero was a readily marketable figure during his football career. With many companies wanting to sponsor him as he was admired across the globe. The notable companies he endorsed were Adidas, Fiat, Suzuki, Pepsi and Walt Disney.

Del Piero now resides in Los Angeles with his wife and children in their beautiful $6.2 million modern mansion in Bel-Air. Built-in 2016, with an impressive 5,300 square foot land on top of the hills, with a spectacular ocean view.

Del Piero is mainly known and respected for his performance at top-level side Juventus, which was the pinnacle of his footballing career where he spent a whopping 19 seasons in Turin.

Joining the side in 1993 from Padova, Del Piero made a huge impression, scoring a hat-trick on his Juventus debut against Foggia. Del Piero was bought from Padova for 5 billion lire, which converts to €2.5 million.

He is the second-highest Italian all-time goal-scorer in all competitions, with 346 goals in his career. His reputation for goal-scoring was apparent throughout his career, also his time at Juventus, he became the most capped player and all-time top scorer for the club.

His given nickname was ‘Pinturicchio’ after the famous artist due to his creative and technical style of play. That name stuck with him throughout his career with Juventus.

Also, during his time at Juventus, Del Piero received many prestigious awards and trophies, such as the Seria A title six times, the Champions League title, UEFA Super Cup, and ‘Footballer Of The Year’ award, to name a few.

In 2012, Pinturicchio was to leave Juventus, making a significant stamp on the club and legacy. He joined Sydney FC on a two-year contract, which shocked most fans to see him play in the A-League. However, receiving nearly €4 million per season.

His main reason for moving to Australia to see out the final stages of his career was to play the game he loves and contribute to the football game, whilst helping to promote the sport in Australia.

During his two-year spell at the Australian side, Del Piero scored 24 goals in 48 of the club’s appearances and made the Sydney Hall Of Fame, whilst also earning The Golden Boot in 2013.

In 2014, 39-year-old Del Piero was to see out the end of his career in India when he signed a four-month deal with Delhi Dynamos. Additionally, not only playing for the Indian club but also an ambassador for the Indian Super League. The face of the new Indian League, with other past players joining the ISL season such as David James, Luis Garcia and former Juventus team-mate David Trezeguet.

Born 9th November 1974 in Conegliano. Del Piero is married to Sonia Amoruso, who have three children together, sons Tobias, Sasha, and daughter Dorotea.

Maybe something you didn’t know about the Italian legend is his passion for music. Consequently, he once appeared on stage with the Rolling Stones in Milan in 2006. Also, he is a good friend of ex-Oasis singer Noel Gallagher and appeared in their music video “Lord Don’t Slow Me Down.”

Since retirement, Del Piero has been seen rubbing shoulders with Hollywood A-Listers out and about at his new residence in LA. Capturing pictures together with Johnny Depp, Arnold Schwarzenegger and Julie Roberts, to name a few.

His home is nothing short of spectacular, as you would expect from a retired football legend. Boasting five bedrooms, indoor/outdoor living rooms, theatre room, an outdoor pool and spa surrounded by a vast plot of private land and greenery. Living a superstar status with A-list neighbours such as Jack Nicholson, Sylvester Stallone and Rod Stewart.

Del Piero is currently living a life of luxury in LA. Aside from his successful football career, Del Piero is also an entrepreneur. He has opened a trendy Italian restaurant in West Hollywood called No.10. (representing his #10 football shirt) many stars and old famous football friends are frequent visitors to his beautiful restaurant.

However, he hasn’t disregarded the sport, as he is a regular sports pundit for ESPN on their roster reporting and analysing the USL soccer games. Del Piero is also following in the footsteps of David Beckham, helping push the football sport and image in America. It is reported that Del Piero already has three football academies in the US called ADP10 – two in LA and one in New York, whilst owning soccer club LA10 FC, which they play in the US Premier League.

In an interview, Del Piero mentions that all he wants to do is own a small football team, where he can feel the passion of the sport again. His past success and experience must have rubbed off on the team as they finished first in their league, recently earning a promotion.

Del Piero’s other current projects include EDGE Americas Sports inc, where he is the co-founder. It is a company that promotes all things football in America, dealing with sports academies, training and agency.

There’s no denying that Alessandro Del Piero is a legend of his generation and a true ambassador for football. Accomplishing many feats on and off the pitch.