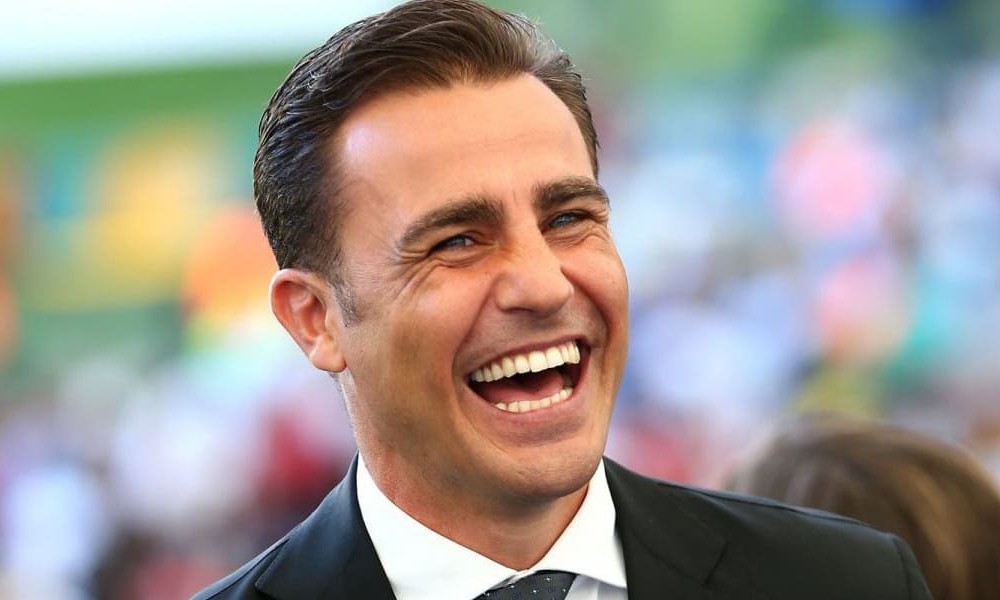 Cannavaro is an Italian legend of this generation. Arguably one of the best defenders Italy has ever produced. Despite Fabio Cannavaro’s height and build, he has dominated the defensive game with his sheer strength, vision, and man-to-man marking ability. Making him a national treasure in Italy and a legend in the football world.

Mainly recognised for his contribution and success at Juventus and Spanish giants Real Madrid, his ability and professionalism on and off the field makes him a great ambassador to the sport.

What is Fabio Cannavaro’s net worth? We will look into this and understand his financial situation and what he has been up to since retirement.

Throughout his professional career, Cannavaro has been one of the top-tier earners in the sport. He was making anything from €40,000 a week up to €220,000 throughout different stages of his football career. Along with his trophy bonuses and endorsement deals, we expect that figure to be significantly higher in specific years.

Since his management role, he is reportedly earning around €200,000 a month with bonuses and incentives.

Throughout his career, Nike was his primary sponsor. He appeared on a few Nike TV commercials and marketing campaigns throughout the years, alongside Thierry Henry and Ronaldinho, to name a few. He stared in the iconic Nike advert the Scorpion knockout, showcasing the best footballers at the time.

Cannavaro started his professional career at Napoli in 1991, following his 20-year career that saw him play for Parma, Inter Milan, Juventus, and Real Madrid. His primary career highlights were at Juventus and Madrid, where he received most of his career trophies and personal awards.

In 2002, Cannavaro joined Inter Milan on a four-year contract for a reported €23 million. However, after his second season into the club after a relatively successful first season, Cannavaro sustained an injury. After a not so productive second season with Inter, Cannavaro moved to Juventus in 2004, in a surprising exchange deal with reserve goalkeeper Fabian Carini, also valued at €10 million.

Whilst on a high, in 2006 Real Madrid signed Cannavaro for €7 million. It was at Madrid where he earned the most club trophies of his career, winning La Liga in two consecutive seasons at the Bernabéu. Along with many personal awards and achievements.

After three memorable years with Madrid, Cannavaro returned to Turin for a season with old club Juventus, which would not be as memorable as hoped. Already in a fragile relationship with the Juventus fans for leaving, then after a sending off in the UEFA Europa League, costing Juventus to be knocked out of the competition affected his popularity. That season Juventus also finished seventh place in the league and was eliminated from the Coppa Italia in the quarter-finals. Not one of his best career seasons to date.

In 2010, Cannavaro left Juventus after they wouldn’t renew his contract. Also with his hometown club Napoli showing no interest, he decided to move to the UAE League and join Al-Ahli on a two-year contract for a free transfer.

Shortly after, in 2011, he announced his retirement after a knee injury that deemed him incapable of playing professionally again.

For Italy, Cannavaro is the second most capped Italian national with an impressive 136 appearances for his country, behind Gianluigi Buffon. He made his debut in 1997 and then retired from International in 2010 after achieving what he could with the Azzurri.

His main highlight for the Azzurri is leading Italy to their World Cup win in 2006, winning the Ballon d’Or that same year. The first defender to win the Ballon d’Or in the award’s 16-year history.

Since retiring in 2011, Fabio has entered into coaching and management, becoming part of the coaching staff at Al-Ahli in Saudi Arabia, where he initially retired. Following that, Fabio became the head coach at Guangzhou Evergrande Chinese club.

Cannavaro joined the Italian Football Hall of Fame in 2014. Furthermore, he was also named the Juventus Greatest 11 of All Time in 2017.

During the 2014 World Cup, Cannavaro worked as a pundit on ITV. However, this career path was short-lived as he didn’t continue this direction.

Now currently the head coach at Tianjin Quanjian since 2016, Cannavaro has guided the side through the ranks with a promotion to the Chinese Super League in 2017, where he earned Chinese Football Association Manager of the Year.

Cannavaro was born in Naples on 13th September 1973. He has a brother named Paolo, who is also a professional footballer. Fabio married his wife, Daniela Arenoso, in 1996, who are still together and have three children (two sons and a daughter).

In 2015, Cannavaro was involved in a tax evasion investigation. Authorities in Naples seized nearly €1 million in goods associated with Cannavaro and his wife, as well as his €180,000 yacht.

Cannavaro was handed a ten months prison sentence for failing to obey their ruling after being caught swimming in his property’s swimming pool with his wife after police closure. His wife, Daniela Arenoso, and his brother Paolo was also sentenced to prison. However, on receiving the terms, they all launched an appeal against the sentencing. We believe the case is still ongoing.

According to reports, Cannavaro’s company, Fd Service, owed more than €1 million in back taxes between 2005 and 2010. Hence, his property seising at the time till the balance is cleared.

Cannavaro leads an active life in his downtime, where he regularly enjoys cycling and snowboarding, as documented on his Instagram. His Instagram has 1.5 million followers, where he pays tribute to iconic past moments of his career and lifestyle updates with friends and family.

Cannavaro has lived a successful, lucrative career in football. The Italian legend has been at the top of his game for the best part of 20 years. Now continuing his success with management, we believe he will continue to earn big through his retirement.

After analysing his past and current earnings, we believe that Fabio Cannavaro’s net worth is €40 million.