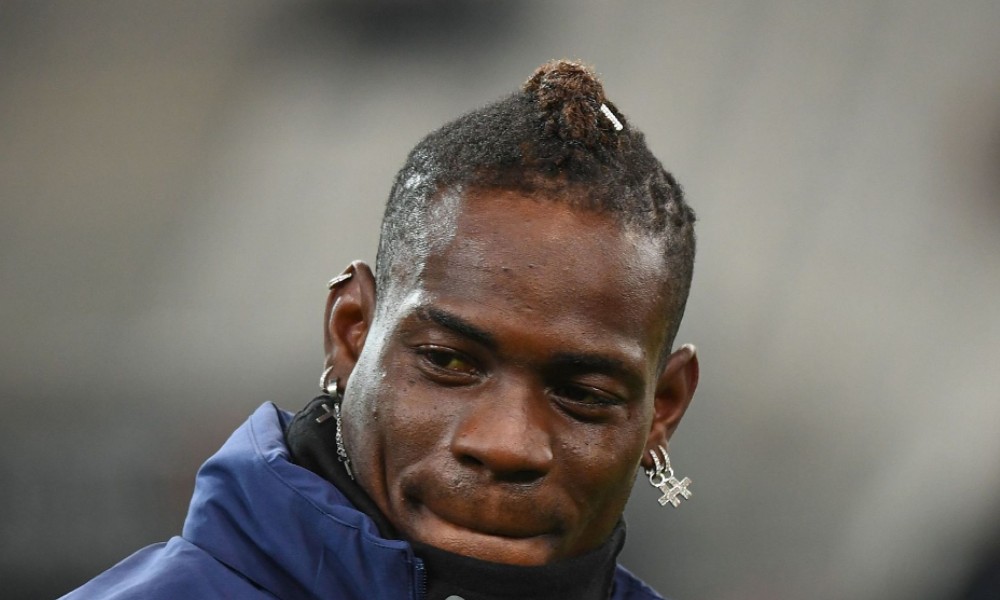 Mario Balotelli is a dominant striker that has played for nearly a dozen different football clubs during his career. His powerful and creative style of play has seen him perform at the top level for some of the best clubs in Europe.

Mainly known for his goalscoring ability and colourful personality on and off the pitch, Balotelli is a legend of today’s footballing generation and internationally respected. However, his eccentric ways have seen him in the media attention on many occasions.

Now at Adana Demirspor, Balotelli is reported to have signed a contract deal of €215,000 a month for three years at the Turkish club.

Balotelli began his professional career at 15, promoted to Lumezzane first team to make his debut in Seria C League in 2006.

In 2006, Balotelli was signed to Inter Milan on loan for €150,000, and then in 2007, Inter put up another €190,000 to fully own Balotelli. Making his Seria A debut in Dec 2007, it was then at Inter where Balotelli’s career flourished. During his time at Inter, he scored vital goals against prominent clubs in the league, catching peoples attention.

Balotelli earned most of his career trophies during his three seasons at Inter, with three Seria A league titles, Italian Cup winner, and Italian Super Cup winner medals.

In 2010, Machester City signed the young striker for a €21.8 million fee, reuniting with his old Inter coach, Roberto Mancini. That year Balotelli won the Golden Boy Award, an award given to players under 21 that excelled in a season. During Balotelli’s time at Man City, he won the FA Cup and Premier League title.

Balotelli moved back to Italy and joined AC Milan in 2013 for a €20 million transfer fee. Then after one season at the San Siro, he was to move back again to the Premier League to join Liverpool for £16 million (€20 million).

Following that, Balotelli was to go back to AC Milan on loan during the 2015 season. However, when returning to Liverpool after his loan contract, he was not involved in Liverpool’s plans and pre-season US tour.

Balotelli’s career seemed to take a downwards spiral, moving from club to club each season and unable to build a relationship with his senior management or pears. Kind of like the problem child moving from place to place.

However, he spent three years at French club Nice on a free transfer, then also Marseille for one season after that, before moving back to Italy in 2019 to join Brescia. In the 2020 season, Balotelli was to drop down to the Seria B league when he joined Monza on a seven-month contract. It seems none of the bigger clubs wanted to deal with his dramas on and off the pitch, which lead him to drop to the lower divisions.

Where Is Mario Balotelli Now?

Nowadays, Balotelli plays for Turkish club Adana Demirspor of the Süper Lig. He signed a three-year contract deal with the Turkish club, which will see him playing there till he’s 35 years old.

Where will Balotelli go after Turkey? Will he retire? Or maybe the MLS soccer league is his final saviour?

Balotelli’s career for Italy hasn’t seen many memorable highlights. Rejecting the opportunity to play for Ghana, he was determined to represent the country of his birth, Italy.

Balotelli has 36 caps for his country, scoring on 14 occasions. Euro 2012 was a notable highlight for Balotelli, being his first major competition for the Azzurri and making him the first black player to represent Italy in a major international competition. Furthermore, Euro 2012 was a roaring success for Balotelli as he helped Italy reach the final, scoring a memorable brace against Germany in the semi-final. Unfortunately, defeated by Spain in the final, which was crushing after their success in the competition.

In 2014, Balotelli made the World Cup squad, scoring his first World Cup goal against England. However, Italy didn’t make it past the group stage of the competition.

Following this, Balotelli wasn’t selected for further competitions for his country, being excluded from the Euro 2016 and the surprising event where Italy didn’t qualify for the 2018 World Cup.

Aside from giving his money to charity and the homeless, Balotelli likes to splurge his earnings on flash sports cars. Below are some of the cars he has purchased throughout his career.

Mario Balotelli is not associated with many charities. However, aside from the crazy stories from his antics, Balotelli has a heart of gold deep down.

Mario gives almost 50% of his salary to poor children in Africa, Italy and Brazil.

He supported the Cuey Machar Secondary School in Sudan. Helping to build the school and give the Sudanese children an alternative to weapons and fighting. He also donates his earnings from sales of the children books written by Luigi Garlando to an organisation that provides aid in about 63 different countries—supporting people whose lives are at risk due to war, violence and malnutrition.

During his time at AC Milan, Balotelli signed a deal with German brand Puma. However, the fee is undisclosed. Balotelli must be still under contract with Puma boots as he still wears the boots to this day.

Throughout Balotelli’s career at different clubs, many stories have emerged where he has been up to some crazy antics. Some were funny, whilst others were just damn right stupid. Maybe he gets off on the attention, or perhaps he likes to cause chaos where he goes.

Below is a list of incidents from Balotelli’s past that have caught the attention of the media and fans:

Born 12th August 1990 in Palermo. Balotelli was adopted and put in foster care at the age of 2. His biological parents were poor and couldn’t afford to raise him and his three siblings.

It was later revealed that Mario’s biological parents chose foster care for him due to a life-threatening illness that he had as a child.

They couldn’t afford Mario’s expensive treatments. When Mario’s parents needed it the most, the Balotelli family stepped up.

When Mario grew up, he had the option of returning to his biological parents. However, he refused, claiming that he despised the fact that they had abandoned him as a child.

Mario is a huge fan of mixed martial arts, watching and training it. He would compete today if it wasn’t for his football career.

Balotelli was named the second-best dressed man in the world in 2012 by GQ, behind British musician Tinie Tempah. Balotelli featured on the cover of Time magazine’s November 2012 issue.

From our analysis of his career salary, playing at top clubs and being at the top-tier for football wages, we believe that Mario Balotelli’s net worth is an estimated €40 million. His prime days of earning top dollar are over. However, Balotelli will still be a legend in our eyes and still has a few more years left in him.