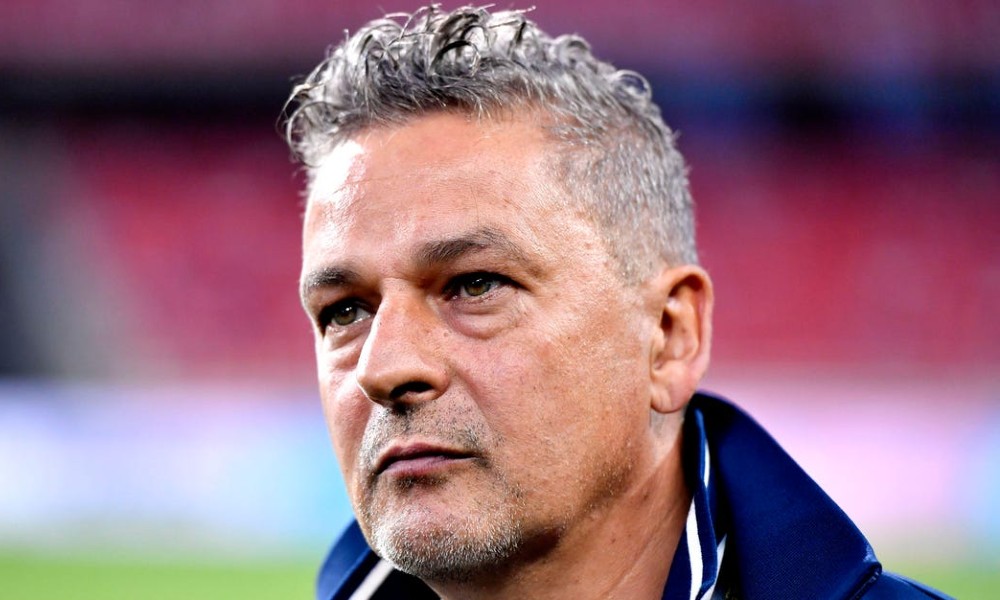 When it comes to Italian football legends, Roberto Baggio is up there at the top. He was considered one of the most technically gifted and creative players of his generation and known for his playmaker ability and set-piece specialist. However, injuries played a big part in his early and late career.

He is still regarded as an all-time great in Seria A and the Italian national side, with an arsenal of skills and tricks in his play. He paved the way for many up and coming footballers in Italy to follow in his footsteps and playing style on the pitch.

Nicknamed ‘The Divine Ponytail’ for his Buddhist beliefs and famous hairstyle. Baggio has received many awards and high status from his football career. Furthermore, in this article, we will look back at his career, find out what he is currently doing since retirement, and understand Roberto Baggio’s net worth.

Anaylising his past career market value, past salary and bonuses from trophies and personal achievements, along with his new Netflix documentary release, we believe Roberto Baggio’s net worth to be around €14 million.

In 1985, Fiorentina purchased Baggio for €1.4 million, where he spent five seasons at the club. However, no online sources are indicating what his salary was whilst at Fiorentina.

Baggio then signed to Fiorentina’s rivals Juventus in 1990 for a record-breaking fee of €12 million. Following the signing, this stirred riots in the streets of Florence. Earning an annual salary of a staggering €1 million, plus endorsement deals.

After five successful seasons in Turin and receiving the Ballon d’Or, Baggio moved to AC Milan in 1995 for a transfer fee of €9.3 million. At the time, clubs such as Inter Milan, Real Madrid and Manchester United all showed interest in The Divine Ponytail.

In 1997 (two seasons later), he moved again to Bologne for a transfer fee of €1.8 million. However, he only played one season for the club, saving Bologna from relegation and earning a personal best of 22 goals for the Seria A after an outstanding season.

Finally, in 1998, Inter were to sign Baggio for €1.8 million. However, after ongoing injuries and positional changes, it didn’t work out too great for Baggio. He then made his final transfer to a new club Brescia on a free transfer deal, playing back in his famous attacking midfield position, where he would captain the side till his retirement in 2004.

In 1982 at Vincenza, making his professional debut at 16, Roberto had a signature style on and off the pitch. It was apparent from his early career that he was going to be something special.

Like most Italian football legends, Baggio spent his entire career playing in Italy, signing for top clubs such as Fiorentina, Juventus, AC Milan, Bologna and Inter Milan. Then in 2004, when he retired at club Brescia.

Notable moments from his club career were winning the Seria A twice, with Inter and AC Milan, UEFA Cup and Italian Cup trophy with Juventus, and top goal scorer for Juventus in the 1990/91 UEFA Cup Winners Cup.

In 1993, Baggio won the Ballon d’Or trophy becoming the most rated footballer in the world, also that same year, he won the FIFA World Player Of The Year.

‘The Divine Ponytail‘ was known for his prolific goal-scoring ability. In 2002, he became the first Italian footballer to score more than 300 career goals in over fifty years. He is currently the fifth-highest scoring Italian in all competitions. Following this in 2004, he became the first player in over 30 years to score 200 goals in the Seria A league during his final football season.

Baggio’s national contribution to the Italian team saw him as the favourite striker for years, until later prone to injuries in his final career stage. Along with Alessandro Del Piero, Baggio is Italy’s fourth-highest goalscorer, appearing in 56 matches and scoring 27 goals. However, he has never won a world cup medal with his country.

He was a key member of Italy’s third-place finish in the 1990 FIFA World Cup, scoring twice. He also led Italy to the World Cup final in 1994, scoring 5 goals in that competition. Baggio earned the World Cup Silver Ball and was named to the World Cup All-Star Team. Despite being Italy’s standout performer at the tournament, he missed the game-winning penalty in the shootout against Brazil.

In France 98′ World Cup, Baggio scored twice in the tournament before losing to France in the quarter-finals, who went on to win the competition that year.

However, Baggio wasn’t selected for the 2002 World Cup squad due to an on-and-off knee injury. Neither did he earn his place in the Euro 2004 and 2004 Olympics. In an international friendly with Spain on 28th Aug 2004, Baggio would play his last game for his country. Giving the 37-year-old the send-off he deserved, wearing his famous number 10 shirt for the final time.

Baggio is the only Italian player to have scored in three World Cups, with 9 career World Cup goals, equalling Paulo Rossi and Christian Vieri.

Baggio earned many trophies and personal achievements throughout his twenty-two-year professional career on and off the pitch. Below are some of his prominent accolades:

Baggio was named Man of Peace in 2010 by the World Summit of Nobel Peace Laureates in recognition of his charitable work and contributions to social justice and peace.

In 2014, Baggio took part in the ‘Match For Peace’ charity football match alongside a star-studded lineup of past and present greats, such as Maradona, Messi, Buffon, Maldini and Ronaldinho.

What Is Roberto Baggio Doing Now?

After retirement, Baggio keeps a simple life, enjoying downtime with his family. In 2010, he became president of the technical sector of the Italian Football Federation, where he would make the decisions on who to appoint for the Italian national management coaches. However, he was to step down in 2013 after a dispute on how they ran things.

Baggio dipped his toe in the water with coaching by applying for a Category 2 Coaching License, making him eligible to coach at a vice-coach level. In 2012, Baggio obtained his Category 1 Pro Coaching License, allowing him to coach at professional Seria A level. However, he is yet to follow up in management.

During 1991 and 2012, Baggio was the owner of a sporting goods store in Thiene, Vicenza, called Baggio Sports. However, this was to fail due to a loss of earnings.

Baggio also speaks Spanish and spends time in Argentina, where he owns a ranch in Rivera, Buenos Aires.

Recently in 2021, Netflix has created a documentary feature following the life of Baggio. Following the ups and downs of his football career. It’s called Baggio: The Divine Ponytail, directed by Letizia Lamartire.

Baggio, a former Roman Catholic, converted to Buddhism in 1985 and now practices Nichiren Buddhism as a part of the Soka Gakkai International Buddhist organisation. The reason for his famous ponytail was due to his religious beliefs.

The captain’s armband, which he wore throughout his career, was decorated with the colours of this religious school (blue, yellow, and red) as well as the Japanese motto “We win. We must win” in Buddhist Sanskrit.

Despite his conversion, he married his long-term girlfriend, Andreina Fabbi, in a traditional Roman Catholic ceremony in 1989. Baggio and his wife Andreina have three children together, daughter Valentina and sons Mattia and Leonardo.

In 1996, Baggio and other investors, including Massimo Carrera, were victims of a scam. An investment deal went wrong with a company that allegedly was involved in extracting black marble from Peru. Raising funds from which they would profit. However, the investment was bogus, and Baggio lost a lot of money through this. It was reported of around 3 – 7 billion lire (€1.6 – 2.5 million).

After a twenty-two-year rocky career controlled by injuries, from start to finish. It seems Roberto Baggio got as much out of his football journey as possible, with many transfer deals to top Italian clubs, whilst making a considerable impression on the nation. Still considered an Italian football legend.

Since retirement, it seems he hasn’t been up to too much, maintaining a private life. His primary source of income was from his football career, which he has saved and hasn’t squandered on flash items.