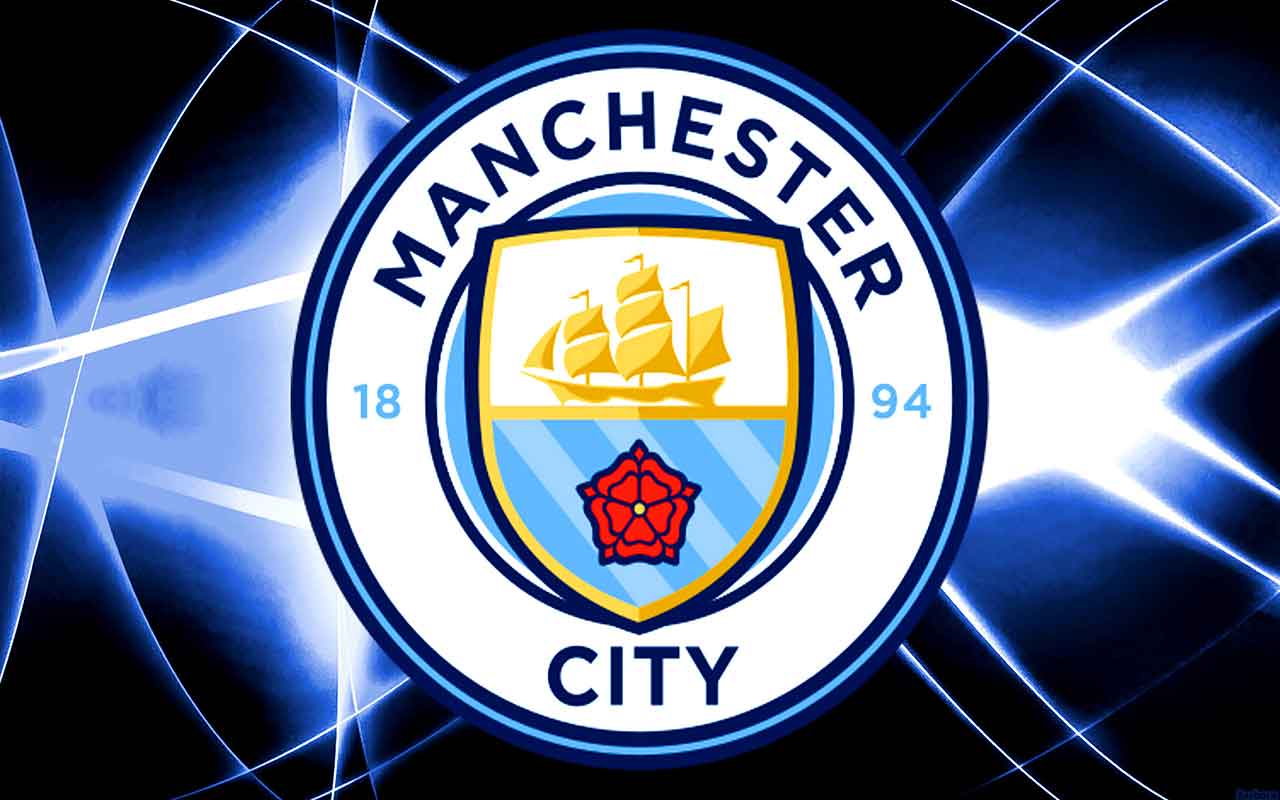 Before the turn of the 2010s, the history of Manchester City Football Club had been quite a roller coaster ride. There had been moments of glory like the Joe Mercer and the Malcolm Allison era of the 1960s. But, there were also several excruciatingly long trophy droughts that dragged on for decades.

Over the last 10 years, however, the story has been overly positive for the Blue side of Manchester. Winning the FA Cup in 2011 didn’t only end the Citizens’ 35-year wait for silverware, it also marked the beginning of a successful period that saw the club picking up 10 more domestic titles.

That success didn’t come easy for Manchester City Football Club. It reflects the sky-high ambition of the club’s current owners. A club once overshadowed by its big-name neighbors Manchester United now has its own legacy to build.

How did all this come to fruition? In this piece, we relive the events that led to this metamorphosis.

Manchester City football club started its journey as St. Mark’s (West Gorton) in 1880. The churchgoers of the West Gorton community believed that a football club would keep the local men away from pubs.

Hence, St. Marks football club was born. The club was renamed as Manchester City FC in 1894, to sound more representative of the East Manchester region.

The first trophy came in the form of a Second Division title for the Manchester outfit in 1899. Within 5 years of gaining First Division promotion, City won its first top-flight silverware in 1904.

The Citizens had won the FA Cup that year but narrowly missed out on the league title. Manchester City is the first Manchester club to win a major trophy.

In the subsequent years, City remained a force to be reckoned with. But, they couldn’t win another major honor till 1934. After the FA Cup final heartbreak in 1933, Wilf Wild’s men beat Portsmouth in the final to bring the cup home this time around.

Matt Busby, who went on to become a legendary Man United manager, was part of the winning team that day.

Wild followed up his FA Cup success with a league triumph in 1936/37. However, a defensive horror show made them relegate the very next season. The Citizens were the top goalscorers in the division. But, the team’s horrendous defensive performance that season, made their attacking proficiency irrelevant.

Manchester City rose back to prominence in the 1950s exploiting the famous Revie Plan tactics. The Revie Plan was a system derived from the playing style of the Mighty Magyars; the contemporary Hungary national team which had won the gold medal in the Helsinki Olympics and played in the 1954 World Cup final.

Don Revie was pivotal to the formation, who occupied the role of a deep-lying striker. This role later modernized into the false number nine players we see today.

The would-be Leeds manager steered City into two back-to-back FA Cup finals in 1955 and 1956. Just like they did in the Wilf Wild era, City lost the first final, but they managed to win the second one.

In the first half of the ’60s, the Maine Road crowd found themselves in déjà vu as Man City lost track after a brief period of success once again. The club suffered relegation in 1963 and was experiencing a nosedive in regular attendance numbers. When Joe Mercer and his assistant Malcolm Allison took charge in 1965, Manchester City was in a shambles.

Nonetheless, the dynamic duo didn’t take long to turn things around. They made City Second Division champions in their very first season and brought the club back in First Division.

Both of these players remain as heroic figures to the Man City faithful to this day.

Joe Mercer was the figurehead but Malcolm Allison was the key to the door. Malcolm changed football by making us train like athletes and in that respect, he was ahead of his time. He was one of the lads but he knew how to crack the whip and we all respected him.

In their second season back in First Division, Manchester City won the league for the second time in their history. Mercer’s team won the 1967/68 First Division title at St. James Park, beating Newcastle United 4-3.

It was the last match of the season, and they dethroned Manchester United to sit atop the league tree.

Sounds familiar? Yes, they did win the 2011-12 Premier League in almost the same manner. More on that later.

Mercer had won five trophies in his first five seasons as Manchester City manager. He led the Blues to FA Cup victory in 1969. The following year Manchester City won the League Cup and the UEFA Cup Winners’ Cup. This achievement made City the second English team after Leeds United to win domestic and European trophies in a single season.

Unfortunately, this story didn’t have a happy ending. As Allison was pushing for a more active role, the City board appointed him as manager and assigned Mercer as the general manager.

This arrangement failed to replicate the success they had achieved before the change. As a consequence, Mercer walked away from the club in 1972.

Manchester City actively pursued honors throughout the ’70s. Despite all their effort, the only trophy they had to show for was the 1976 FA Cup title. Two second-place finishes made the fans hopeful of winning another league title soon. But, that proved to be far, far off.

From the ’80s, the club started to go downhill. City struggled to cope with fan expectations. There was a lack of stability around the club. The appointment of seven managers within a decade is a testament to that fact.

The club got relegated twice in the ’80s. The 1981 FA Cup final run is most probably the only highlight we can point out.

Apart from two fifth-place finishes in 1991 and 1992 under Peter Reid, the ’90s was another disappointing decade for City fans. They lost top-flight status in 1996, and their downfall took them as far as third-tier football.

Manchester City was only the second side in football history to play in the third tier despite winning a European silverware in the past.

Thanks to the on and off-field reforms put in place by then club chairman David Bernstein, Manchester City Football Club made their way back to the Premier League in the 2000/01 season. However, this proved to be too much too soon for a club in recovery. Consequently, the Manchester club crawled back into the dark pit of relegation at the end of that campaign.

But, this time the second tier exile didn’t last too long. The Citizens won the Division One title convincingly in 01/02. Therefore, the door to Premier League 2002/03 was wide open for them.

They finished in a Europa League spot that season and earned their first European qualification in 25 years. The Blues had also won their first Manchester derby in 13 years.

The next season , Manchester City relocated to the City of Manchester Stadium. The brought an end to the club’s 80-year tenancy at Maine Road.

The City of Manchester Stadium is currently known as the Etihad Stadium for sponsorship reasons. Manchester City council is the owner of the club, but Manchester City holds expansion and repairing rights.

In the next four seasons, City managed to find a foothold in the Premier League and deliver mid-table finishes. The threat of relegation waned off, but they still stood miles apart from the league’s top sides.

In 2007, Manchester City Football Club was acquired by ex-Thai Prime Minister Thaksin Shinawatra. Shinawatra bought a 75% share of the club, which was enough to grant him full control of the organization. He appointed Sven-Göran Eriksson, the man who oversaw England national team’s 2002 and 2006 World Cup campaigns, as the new manager of the club.

The Swede had a good start to his life at Manchester. After the first three rounds, City were at top of the Premier League table. Eriksson had won the Premier League Manager of the Month award for August. The Mancunians occupied a top 6 spot at the turn of the year, but it all fell apart at the later stages of that season.

After a series of disappointing results, including an 8-1 thrashing by Middlesbrough, City finished 9th that season. So, the club hierarchy dismissed Eriksson and replaced him with Mark Hughes ahead of the new Premier League season.

But, the club had an even bigger problem to deal with in 2008. Shinawatra’s assets worth more than £800m were frozen by Thai authorities because of corruption charges. The club was on the brink of financial ruins, and reports continued to suggest Shinawatra was looking to sell it.

Shinawatra’s failure to gain repossession of his assets made him more desperate to sell off his Man City shares. The club’s chief executive Garry Cook had brokered the deal. The investor group represented Sheikh Mansour, who had spent £210m to purchase the entirety of Shinawatra’s shares.

Since the 2008 takeover, Mansour has invested heavily in the club and have accrued millions of pounds of losses to bankroll the team. Manchester City’s 2017/18 financial reports revealed, the UAE politician has invested more than £1.3bn in the club out of his own pocket.

Mansour had envisioned a star-studded Manchester City squad, and he was ready to spare no expense to materialize his dream. While they did secure the signature of Brazilian sensation Robinho, most of their preferred targets remained out of reach.

Truth be told, Mark Hughes didn’t have a marquee pedigree that would prompt high-profile players to join his project. The Welshman still spent a whopping £270m during his one season reign at City and brought in names like Carlos Tevez and Kolo Touré.

The most effective of his signings was a 22 year old Belgian defender who was still looking for his big break. Hughes was the manager who had signed future club captain Vincent Kompany. Kompany stayed at the club for 11 years and lifted four Premier League titles.

But, Hughes only managed to finish 10th in the league that season, which was far below City’s expectations.

The new Manchester City board realized that they needed a big name on the dugout to navigate the transfer market better and break into the rank of Premier League elites. Thus, they decided to dismiss Hughes and look for someone with a more impressive resume.

Roberto Mancini was the man who was tasked with revitalizing the club. The Italian was no stranger to winning, having secured three consecutive Scudettos during his Inter Milan stint.

Chairman Khaldoon al Mubarak gave him the time and resources to build a team that reflects his football philosophy the best.

City finished trophy-less and out of top four in Mancini’s first season. However, he led the club to FA Cup success in 2010/11 and in 2011/12, he delivered the Premier League.

Because of internal conflicts with players and executives, Mancini got the boot in 2013. But, he had already put the building blocks in place for City’s future domination.

In the 2018/19 season, they became the first side in England to win all domestic trophies in a single season.

In technical terms, Shekih Mansour bin Zayed Al Nahyan is not the sole owner of Manchester City football club. The club is owned by City Football Group, a consortium which specializes on making football investments around the world.

Mansour owns the majority of City Football Group, as his Abu Dhabi Investment Group retains 78% of its total shares. The remaining 22% shares are co-owned by US firm Silver Lake (10%) and China Media Capital (12%).

Sheikh Mansour is a member of the Abu Dhabi royal family and holds the role of the UAE’s deputy prime minister. He has an estimated net worth of $20b, which makes him the richest club owner in European football.

Manchester City football club has been a dominant force in England over the last 10 years. But, the club hierarchy has shown no signs of complacency and now set their sights on expanding their empire beyond the borders of England.