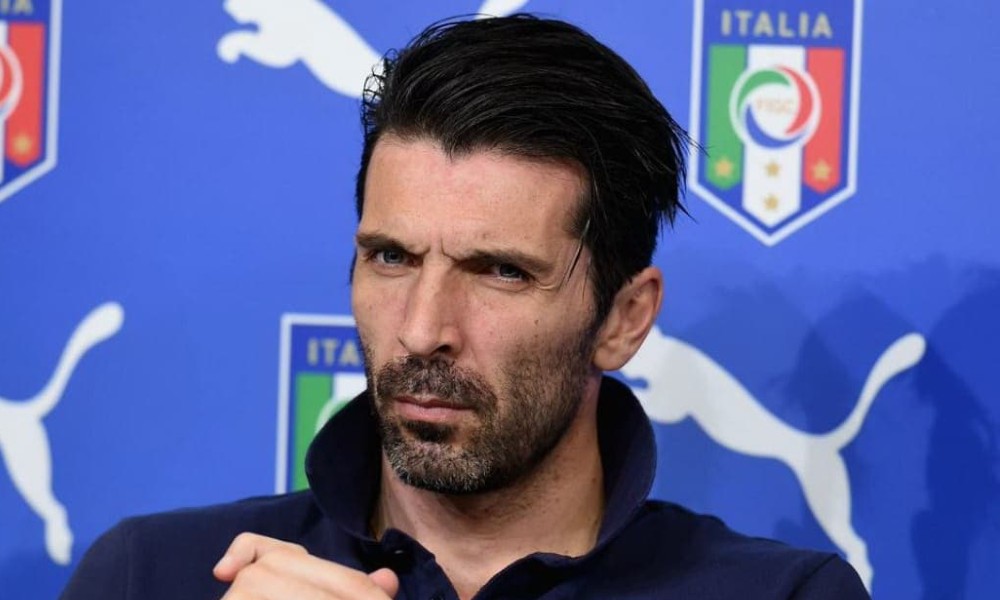 When it comes to goalkeepers, Gianluigi Buffon needs no introduction. With a career spanning over 26 years and more than 1,000 appearances at top-level football. Buffon earns a lot of money due to his status as one of the best goalkeepers in the game. This article will take a closer look into Gianluigi Buffon’s net worth and career highlights together with a collection of winning medals and accolades. We’re confident to say that Gigi Buffon is a living legend in today’s game.

The Italian shot-stopper is best known for his time with Juventus and the Italian national side. He is one of the most prolific Italian goalkeepers of the modern era.

Buffon is the epitome of athleticism, known for his agility and lightning-fast reflexes. Buffon is the only goalkeeper to have won the Footballer Of The Year award and 23 trophies throughout his career. He also holds the record for the most clean sheets in Serie A.

Buffon started his youth career back in 1991 at Parma, where he came through their youth academy. Despite receiving offers from Bologna and Milan, he began his career with Parma.

Believe it or not, Buffon initially started his youth career as an out-field player, playing in various positions such as a midfielder.

His idol Thomas N’Kono inspired him to change position and focus on goalkeeping. Along with his giant stature and interest, he was called up to Parma first-team as a goalkeeper after their side suffered a few injuries.

After an initial call-up to train with Parma first-team in 1994, Buffon was a key figure in the squad in 1995.

At 17 and 295days, Buffon made his Seria A debut for Parma against Milan, keeping a clean sheet against world top players such as Roberto Baggio and George Weah. Following that year, he went on to make more appearances for the first team.

In 1996, Buffon became the starting goalkeeper for Parma, where they finished runners up in the Seria A league, behind Juventus in season 96/97.

In his fourth season at the club, Buffon won his first major trophy. Earning a clean sheet in the final against Marseille, the UEFA Cup, ending in a 3–0 win for Parma. He also won the Coppa Italia with the club that season, as Parma defeated Fiorentina on away goals.

Buffon’s performances that season earned him the Bravo Award and his first Serie A Goalkeeper of the Year Award, which Europe’s best player under the age of 23 can achieve. He also finished fifth in the IFFHS World’s Best Goalkeeper rankings which helped him receive his first-ever Ballon d’Or nomination.

In 2001, after a successful start with Parma, Buffon was signed by Juventus for a ground-breaking €52 million fee. Replacing Edwin Van Der Sar, who had moved to the English Premier League to join Fulham. From then, Buffon was to stay and prosper at Juventus in his 17 years, collecting many trophies, awards and runner up medals along the way, in both Seria A and European Champions League.

In 2018, Buffon signed a one-year contract with the French side of Paris Saint-Germain (PSG). He was to add a few more trophies to his collection, winning the Ligue 1 champions and French Super Cup trophy that year.

After a short and successful season with PSG, Buffon returned to Juventus on a one year contract. He was offered the number 1 shirt and captain role upon arrival, which Buffon respectfully turned down. In that season of 20/21, Buffon achieved a few personal records, such as most appearances in the Seria A league with his 647th game. (Surpassing Paulo Maldini).

Buffon also achieved the record for club appearances at Juventus, breaking Del Piero’s record of 513. In his return to Juventus in season 20/21, Buffon won the Coppa Italia, his last trophy at Juventus club.

Now Buffon resides back in Parma, finishing his career where he started. Parma is currently in the Seria B league. We believe Gigi Buffon will retire at Parma.

In the dead of winter, Buffon made his international debut in Russia.

He was 19 years old when he came on as a substitute for the injured Gianluca Pagliuca in a 1998 World Cup play-off.

He was an unused substitute in the finals, and a broken hand kept him out of Euro 2000. Buffon was the first-choice goalkeeper at the 2002 World Cup and the 2004 Euros. However, Italy failed to make a significant impact in either competition.

A notable mention for Buffon was his support in the 2006 World Cup, which Italy won in Germany, this is the pinnacle of Buffon’s International achievement. He allowed only two goals during the tournament. The Azzurri won on penalties after a 1-1 tie with France in the final.

In 2004, Buffon was named by Pelé in the FIFA 100 list of the world’s greatest living players. He was named the best goalkeeper of the 21st century, of the past 25 years and the decade by IFFHS World’s Best Goalkeeper.

Buffon led Italy to the Euro 2008 quarter-finals after taking over the captaincy in Cannavaro’s absence due to injury. However, he only played one match at the 2010 World Cup due to a sciatic nerve problem. Italy did not advance from their group.

Recently, Gianluigi Donnarumma is now the starting goalkeeper for the Italian first team since 2020. Allowing Buffon to step down from his years at the top of the Italian national team.

His move to Paris Saint-Germain (PSG) in 2019 earned him a similar fee as Juventus 2018. However, when returning to Juventus for his final season in 2020, Buffon’s salary dramatically decreased to around €46,000 a week.

Now at the end of his career with old club Parma, Buffon is reportedly earning a fee of €40,000 a week. However, this is still a high wage in terms of his age and the fact Parma are in the Seria B league.

Aside from his club earnings, Buffon would have made many earnings through bonuses in competitions, both in Europe and International competitions.

Buffon, an avid poker player, has also been endorsed by PokerStars, an online poker cardroom.

In 2016, Buffon was also the face of the American brand Head & Shoulders, appearing on TV adverts and billboards throughout their marketing campaign in Italy.

Buffon also has several personal investment ventures and his own wine brand, “Buffon #1.”

Buffon was also a significant shareholder in his hometown club Carrarese until it was liquidated in 2016. In addition, Buffon owns a 15% stake in the Italian textile company Zuchi Group S.p.A.

In 2008, Buffon released the Italian version of his autobiography, Numero 1, which reveals his life and his struggles with depression in 2003/04. This book is available on Amazon and was the top 10 autobiography seller at the time in Italy.

Born 28th Jan 1978, in Carrara, Buffon’s family come from a sporting background. With his mother being a discus thrower and his father a weightlifter. Following their athletic retirement, they both became P.E. school teachers.

Buffon’s two sisters, Veronica and Guendalina, played volleyball for the Italian national team. His uncle, Dante Masocco, was a professional basketball player in Seria A1 league.

In 2011, Buffon married Czech model Alena Seredova. Together they had two children, Louis and David. However, in 2014, Buffon and his wife Alena separated.

Soon after, in 2015, Buffon was romantically linked with Italian sports pundit and journalist Ilaria D’Amico. They engaged in 2017 and now have a child together named Leopoldo Mattia.

Gianluigi Buffon owns a luxury home in his hometown of Carrara, which is worth around €2.2 million.

Buffon also has a collection of luxury motors from brands such as Maserati, Ford, and Audi. His luxury car collection is also worth around €2 million.

In conclusion, from Gianluigi’s long successful career, we believe with his 26 years of competing at the top level, along with trophy bonuses and business endeavours, his net worth for 2021 is an estimated €50million.